My favorite thing Cooper started doing more this month is “talking.” He little mmMmm’s, Chewbacca noises, and coos give me hope that maybe his first word will be “mama” and not “dada” like the other 3. But I’m not holding my breath, ha!

He loves grabbing anything near by and shoving it into his mouth at lightning speed. The kids get a kick out of that and love handing him toys to see him in action.

^such a little man

Anytime anyone walks in the room when he’s in hush high chair he throws his arms out and opens his big gummy mouth wide! As if to say, “Hi! Hold me and give me kisses!”

He rolls all over, holds his head up, and still loves sucking on his fist, thumb, and Muslin blankets. 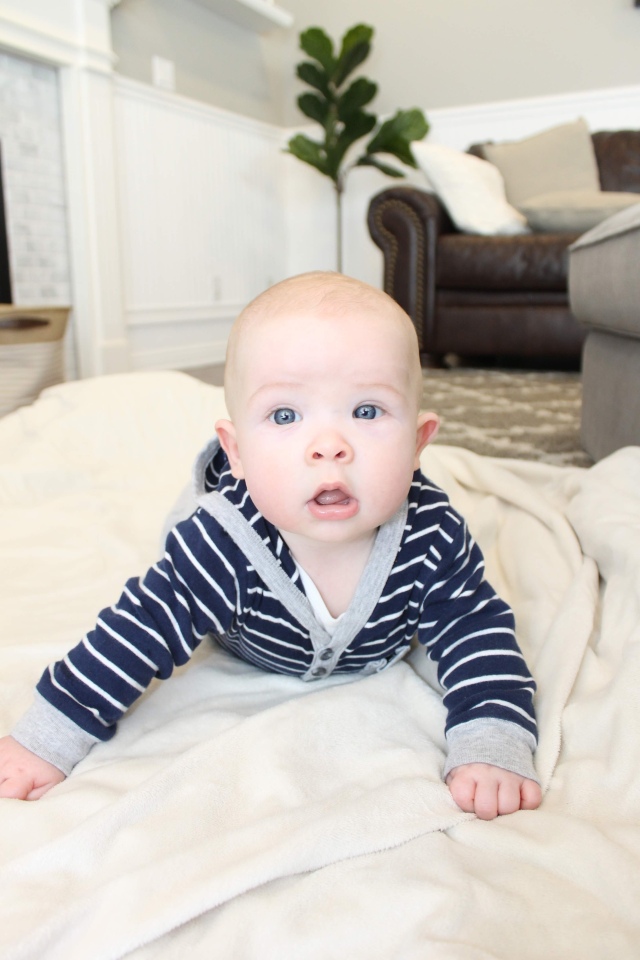 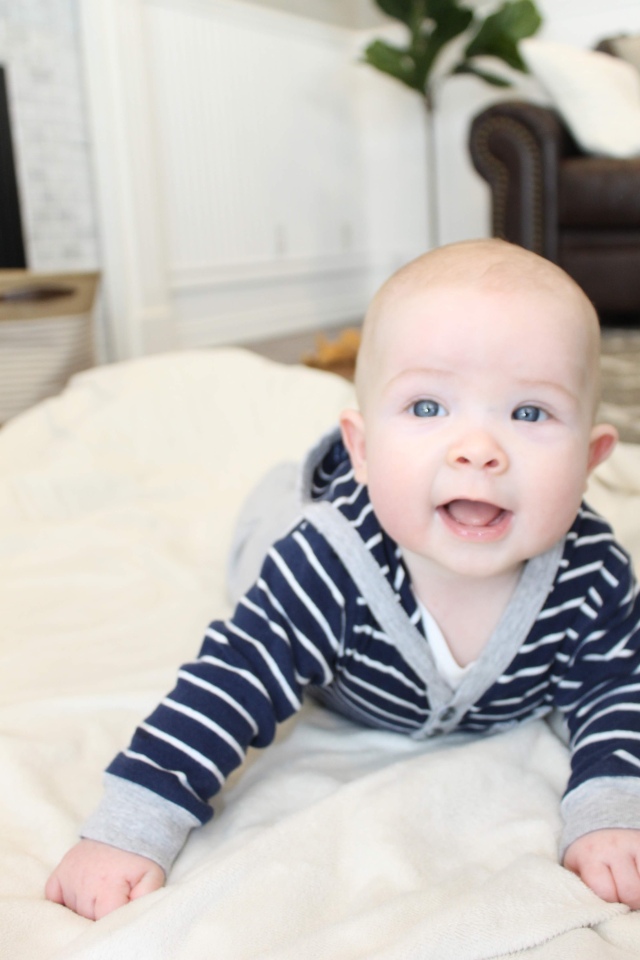 His sleeping training was/is SO hard and still not super great. He reminds me of J and hates sleep(J still does and doesn’t require a whole lot😅). I’m just trying to be consistent and help him any way I can. He sleeps in the crib most of the night but when he wakes between 4-6am I just bring him in bed with me till we wake up. I just love those snuggles! He is starting to sleep longer stretches, about 3 hours which is huge progress! He was waking every 30-40 min before. When he was a newborn I just loved snuggling with him and nursed so often in my bed, but now he just kicks me and stays awake ready to party ha! So the transition to his crib was necessary.

I can’t get enough of him(neither can anyone else) there’s always a battle of who gets to hold him. He’s happy, calm, so squishy, kissable and laughs like an old man! Those baby blue eyes just melt me!

This entry was posted in Uncategorized. Bookmark the permalink.